The AEG awarded the Gold Medal to R.W. Boyle, on April 15, 1999 at the 19th International Geochemical Exploration Symposium banquet in Vancouver, British Columbia.

Mr. President, Welcome Guests
Ladies and Gentlemen of the Association

This evening, the Association is honoring one of Canada's most productive pioneers of exploration geochemistry. It is my privilege to present to you some important highlights of the remarkable career of ROBERT WILLIAM BOYLE.

Bob Boyle grew up on the family farm in southwestern Ontario. As a schoolboy, he was intrigued with chemistry and built his own laboratory in the attic of the farmhouse. His love of the outdoors fueled a friendship with James McCrae, a 70-year old, retired prospector living two farms away. Teenager Bob Boyle was fascinated with tales of exploration and discovery in the wide expanse of northern Canada. Upon graduation from high school, he joined a prospecting syndicate in northern Ontario to earn money to pay for a university education in geology.

However, the World War II years intervened. After 6 years in the Royal Canadian Artillery, during which he found time to take courses in geology at Imperial College in England and at Queen's University in Canada, he enrolled at the University of Toronto in 1946. Summer work, as a diamond driller and as a surveyor, provided the needed funding for his degree in Mining Geology in 1949.

His subsequent work in the Yellowknife camp in the Northwest Territories influenced his ideas on geochemistry throughout his long career. He gained his Masters and Doctorate degrees from the University of Toronto in 1950 and 1953. This research revealed him not only as a person of many talents with an inquiring mind, but also as a competent scientist with a deep interest in the genesis and geochemistry of gold deposits. In 1952, he became a full-time employee of the Geological Survey of Canada. His GSC memoir on his Yellowknife work was published a few years later. This describes his lateral secretionist ideas which have proven to be integral in the understanding of the formation of endogenic halos around some types of mineral deposits.

Stimulated by his own observations of gold occurring in permafrost ice, and the observations of others on metal dispersion in sub-arctic regions, he initiated geochemical exploration studies in the Keno Hill area of the Yukon in 1953. This program clearly demonstrated the applicability of geochemical methods in permafrost regions of Canada - refuting the views of the naysayers who claimed geochemistry would not be effective in frozen ground. His work, over time, led to important new discoveries, extending the life of the Keno Hill mining camp.

Bob Boyle's success in demonstrating the value and applicability of geochemical exploration techniques led to the establishment of laboratory facilities at the GSC in the mid-1950's. He attracted experienced geochemists and analysts to the Geological Survey from England, and work on geochemical methods specifically suited to the Canadian environment took on a new emphasis. Research investigations were initiated in the Maritimes and in other parts of Canada.

An important feature of Bob Boyle's publication record, which was established in these earlier years, was that he published both in the scientific literature and in the practical mining journals. This not only quickly established the GSC as a center of expertise in geochemistry, but also gained the interest and the attention of explorationists in the private sector who were encouraged to apply the new geochemical techniques.

Beginning in 1955, and extending through 1975, Bob Boyle was a Special Lecturer at Carleton University in Ottawa. His courses were stimulating, instructive, and popular. His students, now scattered through academia, government, and industry across Canada and across the world, have advanced exploration geochemistry to higher levels and increased our understanding.

In these early years, Dr. Boyle was honored and recognized by academia and industry but most notably was elected a Fellow of the Royal Society of Canada in 1957 in recognition of his pioneering scientific work in geochemical prospecting. He prepared submissions on the role and importance of geochemistry which were used by the federal government in the development of science policy. Additionally, his reputation extended abroad and he was one of the first Canadians to travel to the Soviet Union (in 1962) as an Invited Lecturer at the Vernadsky Institute. 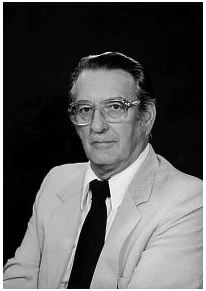 Of historical importance to the Association of Applied Geochemists, Bob Boyle was a member of the Organizing Committee and Program Chairman of the first meeting of exploration geochemists in Ottawa in 1966. This meeting is now recognized as the 1st International Geochemical Exploration Symposium. In 1970, he was Chairman of the 3rd IGES in Toronto, during which the Association of Exploration Geochemists was founded.

Beginning with studies at Cobalt in Ontario in 1962, and extending over more than 20 years until his retirement from the GSC in 1985, he traveled, lectured, observed, and read extensively. He produced a series of widely acclaimed books and papers on the geochemistry of, and exploration for, mineral deposits. The most notable of these are "The Geochemistry of Silver and Its Deposits" (1967) and "The Geochemistry of Gold and Its Deposits" (1979), both of which are highly regarded and important standard reference texts to this day.

Other texts, well known to exploration geologists and geochemists, include "Elemental Associations and Indicators of Interest in Geochemical Prospecting" (1969, revised in 1974); "Mineralization Processes in Archean Greenstone and Sedimentary Belts" (1976); and "Geochemical Prospecting for Thorium and Uranium Deposits" (1982).

In addition to these scholarly productions, Bob traveled widely over six continents to present lectures and give instruction in geochemical prospecting. Several lecture tours were sponsored by international organizations including the IAEA, UNESCO, and UNDP. Many scientists from foreign countries visited the GSC in Ottawa to learn the geochemical exploration methods and gain further experience. In addition, he served in responsible positions with many learned societies including the Society of Economic Geologists, the International Association for the Genesis of Ore Deposits, and the Association of Exploration Geochemists. He was our President in 1975-76.

In retirement, his productivity is still remarkable. His interest in precious metal deposits has never waivered. His contributions include the widely acclaimed book: "Gold: History and Genesis of Deposits" which was sponsored by the Society of Economic Geologists (SEG) and the SEG Foundation, and published in 1987. In 1991, he was the co-recipient, with his co-editors, of the Award of Excellence of the Society of Technical Communicators for the editing of the Geological Association of Canada publication "Sediment-Hosted Stratiform Copper Deposits". His latest book, "The History of Geochemistry", will be published by the year 2000 - the year of his 80th birthday.

Over the course of his prolific career, Bob Boyle has authored or co-authored over 160 publications.

Recognition of his work in exploration geochemistry and the genesis of ore deposits has come from many high-level sources. He was awarded the Willet G. Miller Medal of the Royal Society of Canada in 1971. The Canadian Institute of Mining and Metallurgy elected him a Fellow in 1993, and recognized his scientific papers by awards of the Barlow Medal in 1966 and 1983. The Association of Exploration Geochemists conferred Honorary Membership in 1989, and in 1990 he was made an Honorary Professor of the University of Earth Sciences, Changchun, China. In 1991, he was honored with a Service Award by peers recognizing his contributions to the economic development of the Bathurst, New Brunswick, mining camp. He was the recipient of the Past President's Medal of the Mineralogical Association of Canada in 1993, and the Prospectors and Developers Association of Canada awarded him its Distinguished Service Award in the same year. A most fitting culmination has been the very distinguished honor of election to the Canadian Mining Hall of Fame in 1997.

Mr. President, Bob Boyle's record clearly distinguishes him as a scientist, a pioneer, a leader, a builder, a teacher, a mentor, and a historian. 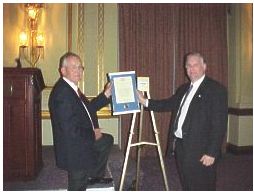 Throughout his career, common characteristics have been his quiet self-effacing nature, his ability to seek out the positive in any situation and produce good science, and his constant encouragement of others to undertake interesting and practical studies.

He has always kept an open mind on science and has never been one to jump on the bandwagon of the time. He gives as much attention to the unusual and unexpected as he does to the data that conforms with conventional thought. This inquisitiveness, this constant search for discovery, conforms with the prospecting instincts that he discovered at an early age.

When it comes to taking credit for various achievements, his tendency has always been to stand back and let others share the recognition and the benefits.

We, as members of the Association, have benefited significantly from his outstanding scientific and practical contributions to geoscience, and particularly to exploration geochemistry.

Unfortunately, on his doctor's advice, Bob Boyle is not with us this evening. We hope you can feel his presence in spirit with this photograph on the screen. Bob Garrett will be accepting on Bob Boyle's behalf, and I invite him to come forward so that we may, humbly and proudly, salute our gifted and productive colleague with the award of the Gold Medal of the Association.