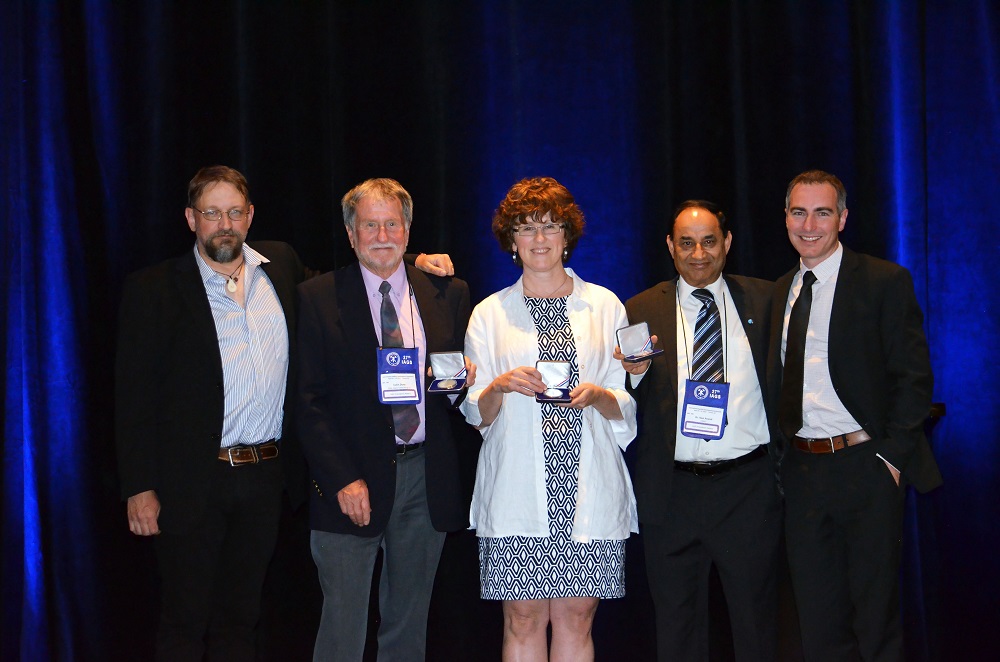 Dr. Ravi Anand has a long, proven record for developing a vast knowledge on regolith geoscience processes, landscape evolution, and secondary dispersion in deeply weathered terranes, and applying this knowledge to mineral exploration.  Understanding regolith is critical for correctly interpreting soil geochemistry and Ravi’s research on the subject has involved numerous empirical field studies combined with extensive laboratory experimentation. Ravi’s role has been pivotal in changing the exploration industry’s view of regolith as a great hindrance to seeing it as a potential ally in the quest for new mineral deposits. The outcomes of his research have made significant and lasting changes to the philosophy and practice of geochemical exploration in Australia and elsewhere in deeply weathered terranes and contributed directly to major mineral discoveries.

Ravi’s recent projects have studied the role of plants, termites, bacteria, groundwater, weathering and gases to understand metal mobility in the environment. These landmark projects in exploration geochemistry led by Ravi created a truly dynamic multidisciplinary team from government, academia and industry, to better understand how elements migrate from depth and therefore how best to detect them at surface. Ravi has transferred his knowledge on the subject to the scientific and professional community through more than 300 scientific publications and conference presentations, four journal issues/monographs, numerous additional reports, and at over 60 workshops and courses requested by mining companies.  A Fellow of the Association of Applied Geochemists, Ravi served as the association’s Distinguished Lecturer in 2013-2014, giving presentations on several continents.

Ravi’s career began in the 1970s as an Assistant Professor at Himachal University and Assistant Scientist at Punjab University. Following receipt of a PhD at the University of Western Australia in 1984, Ravi continued his career at UWA as a Research Fellow, moving in 1987 to a Research Scientist position at CSIRO Division of Exploration Geoscience. There he has led numerous research projects locally and globally, such as the successful projects for AMIRA and CRC LEME. Ravi is presently a Chief Research Scientist at CSIRO Mineral Resources Flagship and an Adjunct Professor at Curtin University.