Medals of the Association of Applied Geochemists:

Guidelines for Medal Nominations and Presentations 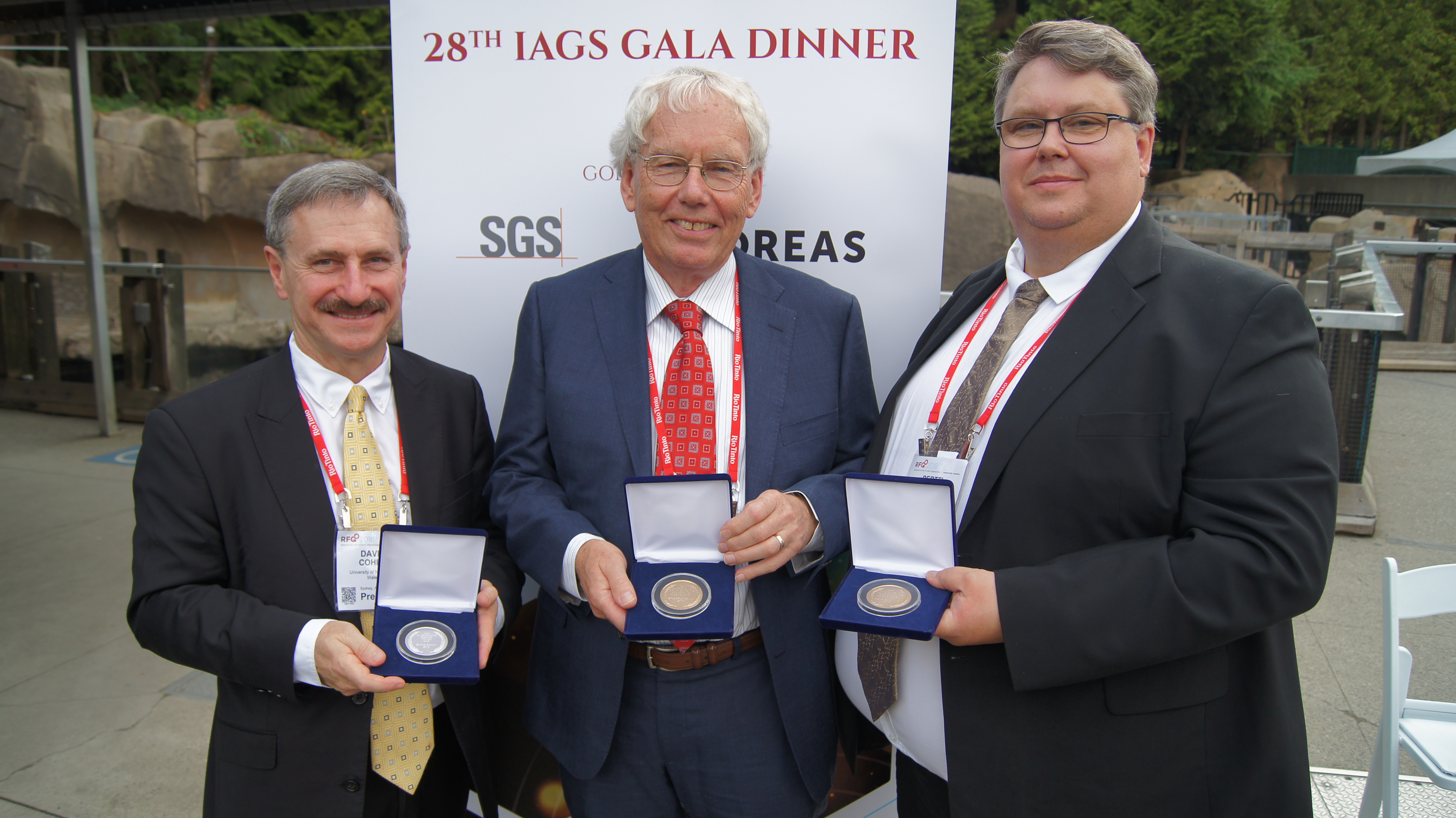 The 2016 Gold Medal for outstanding contributions to exploration geochemistry is awarded to Professor Reijo Salminen, Geological Survey of Finland (retired).  Professor Salminen has had a long and successful career in geochemical research in Finland and Europe, beginning in the late 1960’s and culminating as research professor (geochemistry) in the Geological Survey of Finland (GTK) from 1997-2010.  During this time he led numerous national and international geochemical mapping projects in Finland, the Barents region and elsewhere in Europe, managing large collaborative projects. He participated in the GTK’s international geochemical mapping projects, including fact-finding, project planning and implementation missions, in Tanzania, Uganda, Nigeria, Russia and Norway. He has run undergraduate and post-graduate courses in the universities of Helsinki and Turku and supervised graduate theses.

Professor Salminen was a pioneer in developing geochemical mapping at different scales, particularly in the use of glacial till, and a leader of national & international geochemical mapping projects.  His work has been widely acclaimed by the international geological community.  His impressive publication record includes some 36 refereed scientific papers, and as leader and/or editor of 15 geochemical atlases and books.  He is, or has been, a member of the editorial boards of scientific journals, including ‘Geochemistry: Exploration, Environment, Analysis’.  His leadership roles on international collaborative projects have included Chair of the European subcommittee of the IUGS/IAGC Working Group on Global Geochemical Baselines, and the Forum of Geological Surveys of Europe/EuroGeoSurveys Geochemistry Working Group (FOREGS) 1996-2006.  Professor Salminen has remained active in international geochemical projects since his retirement in 2010, and he is a worthy recipient of the 2016 Gold Medal.

The 2017 Gold Medal for outstanding contributions to exploration geochemistry is awarded to Stuart (Stu) Averill, the founder of Overburden Drilling Management Ltd. (ODM) and an innovator in applied geochemical methods.  Stu has had a several-decades-long career of achievement in applied research, particularly in the development and application of innovative indicator mineral and gold grain methods to mineral exploration.

Over the past 45 years, he has made important contributions to mineral exploration methods in the glaciated terrain of Canada and globally through his research and development at ODM in Ottawa.  His extensive achievements include the initiation and improvement of rudimentary heavy mineral laboratory separation procedures to concentrate indicator minerals from surficial sediments, making them more effective and practical for exploration, and the expansion of indicator mineral methods and suites to span a wide variety of deposit styles, from kimberlite-hosted diamonds to magmatic massive sulphide deposits.  Stu also developed a gold grain shape & surface texture classification that is now used worldwide, and has discovered or delineated indicator mineral dispersal trains for more than 20 mineral deposits in North America and Chile.

During his long and successful career Stu has been a generous collaborator with other scientists in government, industry and academia, and a willing mentor to students and junior geoscientists.  He has contributed numerous presentations and technical articles to IAGS Symposia and EXPLORE, respectively.  He is internationally acclaimed for his body of work, and is a most deserving recipient of the 2017 Gold Medal.

The Association of Applied Geochemists’ Silver Medal is awarded to those who voluntarily devote extraordinary time and energy to the affairs of the AAG. The 2016 Silver Medal is awarded to Dr. David Cohen of the University of New South Wales for his dedicated service to the Association.  This reward is a reflection of his long-standing and continued service, particularly related to symposia coordination, student awards, Council and Presidential duties, and his ongoing drive to provide education and training to younger geoscientists.

David has served as a Councillor or council member almost continually from 2000 to the present, including the Executive Council during his four years as Vice-President (2006-2007) and President (2008-2009). He has held the position of Symposia Coordinator for more than 9 years, and has been a prolific educator and geochemical short course organizer at innumerable IAGS and other geological conferences.  He has also been a driving force behind the AAG student awards which are often organized in parallel with the IAGS.  David has consistently been a strong advocate for student awards as a means of fostering young scientists and retaining them as members of the AAG.  He is also the Association’s representative on the Australian Geoscience Council, a position he has held since 2008.  More recently, David has served on the Strategy Committee tasked with understanding where the AAG is with respect to its members, and developing a future strategy to ensure the longevity of the Association over the coming decades.  He is a worthy recipient of the 2016 Silver Medal.