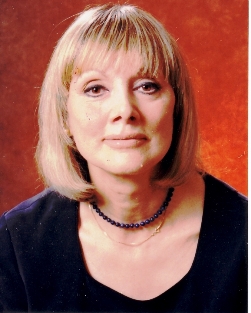 It was with deep sadness that I learned of the death on March 4th 2016 of my friend, Jane Plant. Jane’s legacy is rich: she was a pioneer in exploration and environmental geochemistry, a role model for women in science, a major influence on creating dialogue and collaboration amongst government, industry and academia to the benefit of all, and a strong force to improve the relevance and inter-disciplinary nature of scientific curricula. She is also remembered for her long and extremely brave fight with cancer and for her books on diet and health.

Jane Ann Lunn was born in 1945 in Derbyshire, England, attended Ashby Grammar School and graduated with a first class honours degree in geology from the University of Liverpool.  Her first marriage was to Dr. Ian Plant, with whom she had a son, Mark. She later married Peter Simpson, a colleague and collaborator at the British Geological Survey (BGS) and they have a daughter, Emma, and son, Thomas.

At the young age of 23, she joined the Atomic Energy Section of the BGS in London, under the direction of Stan Bowie.  She was given the responsibility of leading a geochemical reconnaissance programme mapping the presence of elements in stream sediments in the Scottish Highlands and Islands. This formed the basis of her PhD from University of Leicester in 1977 - "Regional Geochemical Mapping in Great Britain with Particular Reference to Sources of Error" – and led to many of the protocols used in today’s geochemical mapping projects worldwide. She recognised the numerous and varying applications of such databases, to be used in mineral exploration, environmental issues and pollution, and in studying the health of ecosystems and humans. Her research areas also included metallogenesis and crustal evolution.

Jane took a sabbatical from the BGS in 1988-89 and worked as Vice-President of a junior exploration company in Ontario, Canada. It was during this time that she came to me at the Geological Survey of Canada to find the cause of a strange looking chondrite-normalised plot of REEs, a plot based on data from a newly available four-acid ICP-MS analysis. Comparison with data based on fusion INAA led to the conclusion that the four-acid digestion was not total for the heavy REEs; we published several papers on this and the application of REEs in exploration.

In 1990, she became Assistant Director of the Minerals, Environment and Geochemical Surveys Division of the BGS, while continuing her scientific research and ensuing publications. In 1997 Jane received the prestigious Commander of the Most Excellent Order of the British Empire (CBE) in recognition for her service to science and industry. She became the first female Chief Scientist of the BGS (2000-05) and then was elected first female President of the Institute of Mining and Metallurgy (2001-02). Jane is credited with establishing ‘Environment and Health’ as a significant area of research at the BGS. She left the BGS in 2005 and joined Imperial College as Anglo-American Professor of Geochemistry where she mentored graduate students and fostered the study of environmental factors and health.

All these accomplishments (and more) are outstanding in themselves but are particularly amazing in light of the fact that Jane battled cancer from the age of 42. It was at the Exploration ’87 conference in Toronto, Canada when she discovered a lump in her breast and left us early to return to England for a full diagnosis and treatment. She was plagued by recurrences until 1993 when she adopted a dairy- and animal protein-free diet, as a result of drawing the link between the Asian diet and the low incidence of breast cancer. Her book – Your Life in Your Hands – has sold about two million copies and has been translated into 25 languages. Sadly, cancer returned several years ago and she died from a blood clot following chemotherapy. She leaves Peter Simpson (past President of the AAG), three children, six grandchildren and many friends.  Her work in the field of geochemistry and the effect of diet on cancer will remain with us in her publications—a lasting legacy from a talented and influential scientist.

Those wishing to donate to the AAG’s Distinguished Applied Geochemists Fund in Jane’s honour may do so at: https://www.appliedgeochemists.org/index.php/membership/donate-to-aag