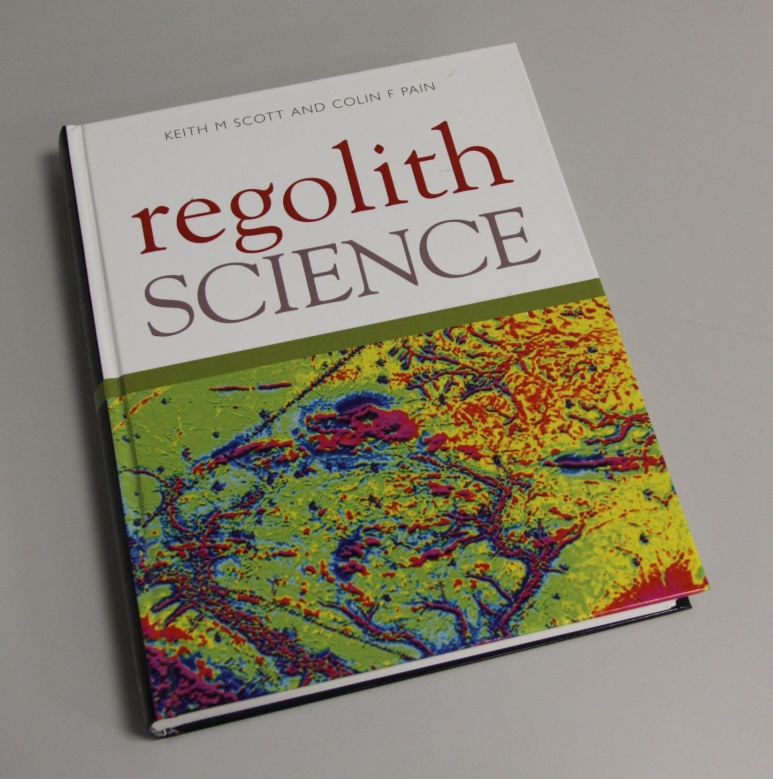 The geochemical community has lost a valued colleague with the passing of Keith Malcolm Scott on April 23, 2013 after a career spanning more than 40 years. He joined CSIRO at North Ryde, Sydney, Australia after graduating with a BSc from the University of Adelaide.  He later completed an MSc in 1975 at Macquarie University.  His exemplary research career with CSIRO continued until 2004, after which he became an Honorary Research Fellow.

Keith’s research focussed on understanding the processes involved in the weathering of ore deposits, with the aim of developing better methods of geochemical exploration for base metals and gold. He worked throughout Australia, particularly in the Mount Isa region, the Yilgarn Craton, the Drummond Basin and the Lachlan Fold Belt. In much of his work, Keith’s approach was generally as a mineralogist first and geochemist second, but he was always keen to link the two disciplines. He was widely recognized for his expertise in the mineralogy of weathered sulphide deposits. In particular he developed a life-long interest in the alunite-jarosite solid solution series on which he published 8 papers, one of which has 122 citations. He was closely involved in the development of radiometric and hyperspectral mineral logging technology and, more recently, was actively developing the use of rutile composition in exploration as part of CSIRO's Distal Footprints project. He had even coined 2013 as the “year of rutile” given the global research interest in the mineral he had done so much work on.

Keith was a valued member and Honorary Fellow of the Cooperative Research Centre for Landscape Environments and Mineral Exploration (CRC LEME), of which he was acting Program Leader in 2003-2004. He maintained close contacts with many of the organizations affiliated with the CRC, and was greatly respected by the exploration industry, with which he collaborated throughout his career.

Keith not only published over 40 peer-reviewed papers and numerous other reports and articles, but latterly also assumed the role of editor. He co-edited a special issue (actually two issues) on the Yilgarn Craton for Volume 1 of Geochemistry: Exploration, Environment, Analysis (2001)  and was a member of the editorial team that compiled the regolith case histories and supporting chapters (contributing 13 articles himself) in the popular CRC LEME Thematic Volume: Regolith Expressions of Australian Ore Systems (2005). From 2004 to early 2006, Keith was editor of CRC LEME Minerals Brief and in 2008 co-editor and author of one of very few text books on the regolith, Regolith Science (pictured) published by CSIRO and Springer. This valuable addition to any geochemist’s or exploration geologist’s library is a fitting reminder of the time, research and effort Keith put in to regolith studies, particularly in the Australian environment to support the Australian mineral exploration industry. Most recently, he helped edit Geoscience Australia’s landmark book Shaping a Nation: A Geology of Australia, which was prepared for the International Geological Congress in Brisbane in 2012.

In addition to his CSIRO Honorary Fellowship, Keith was also a Visiting Fellow at the Research School of Earth Sciences, Australian National University (ANU). Through both these positions he continued to pursue his science interests. He was an excellent mentor to Honours, Masters and Ph.D. students, at ANU and elsewhere, always willing to take the time to talk to them about their projects and the existing and potential applications of their studies. Keith was very supportive of numerous Education and Training activities, and participated in Exploration Geochemistry MSc Short Courses at CODES (University of Tasmania), in CRC LEME-sponsored MSc courses and most recently in a 4th-year regolith course at ANU. The course at ANU focussed on regolith geoscience and mineral exploration, as part of the Minerals Tertiary Education Council programs sponsored by the Minerals Council of Australia.

He sought to break down barriers between researchers from different institutions and at different locations. He encouraged university students studying regolith and provided an industry perspective to their studies. He actively collaborated with faculty members and students at ANU, including studying the impacts of aeolian dust in Australian landscapes and trace element signatures in ironstones and other regolith materials.

Keith had been a Fellow of the Association of Applied Geochemists for 33 years and regularly attended and presented at the international symposia. He was someone who was happy to take the time to discuss any aspects of geochemistry and mineralogy, particularly having a kind and approachable way of discussing science with junior geoscientists and students.

Keith is survived by his wife Lyn (Lynette), his three children Elizabeth, Gwenyth and Andrew, and two grandchildren Aiden and Abigail.