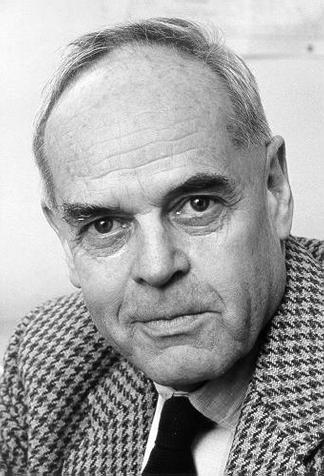 Harry Warren was an undergraduate at the University of British Columbia (UBC), Vancouver, Canada, from 1923 to 1927 where he received both a B.A. and a B.A.Sc. As a scholar-athlete, he was selected as British Columbia's Rhodes Scholar in 1926, and graduated from Oxford University with both a B.Sc. and D.Phil in 1928. He joined the UBC faculty in 1932 and was teacher and researcher in Geology. While he ofﬁcially retired as Professor Emeritus in the 1970s, he continued to regularly come to the campus and do research until the mid 1990s.

While at UBC in the 1920s, Harry was one of Canada's best sprinters and attended the 1928 Olympic Games. He was also on the varsity rugby teams and started the men's grass hockey program at UBC. After he returned to UBC, he devoted a great deal of time to coaching and supporting the development of young men and women in a variety of sports, particularly ﬁeld hockey and cricket. He was a champion of the ideals of amateur sport and a role model for young athletes. The Warren Pitch at Thunderbird Park on the UBC campus is named after Harry Warren. Harry was inducted into the UBC Sports Hall of Fame in 1990

Harry was a pioneer in interdisciplinary studies linking biology, geology and chemistry. He surmised that soil and what grew on it reflected the mineral content of the rocks below. It had occurred to him when a rancher asked him why some, but not all of his herd had taken ill, although Harry liked to say he became inspired because he simply got "tired of digging holes." This theory became the science of biogeochemistry. He was able to show how plants could provide clues to mineral deposits below. Over the years, he discovered three gold-bearing areas of British Columbia by studying Phacelia sericea, a small purple flower with an orange stamen. Later, Harry dedicated himself to seeking medically useful applications of his theory which won him an honorary medical degree from the British Medical Association.

Ray Lett, a graduate student at UBC in 1972, recalls that Harry Warren's early research was carried out in some rather dilapidated huts on the edge of the campus where in 1959, with chemist, Dr. Robert Delavault, he developed some of the first  techniques used in Canada for the analysis of rock, soil and vegetation for trace metals. In 1973, the geology department moved from the Geography-Geology department into a separate, brand new building where Harry was given a large office around the corner from Ray’s. Unlike most UBC Geology graduate students (and many faculty), Harry always appeared well dressed and Ray half expected him to appear for lectures in an academic gown. Always busy, Harry always took the time to chat and encourage students especially those engaged in applied geochemistry research. While in his 80s, Harry still carried out field research and one of his favourite areas was on Stirrup Creek, 100 km north of Lillooet, BC, to which he travelled by 4x4 and ATV. Harry's research at Stirrup Creek revealed that the cyanogenic plant, Phacelia sericea, the silky phacelia or blue alpine phacelia, could contain up to 0.57 ppm gold and he concluded that this high concentration in the plant tissue was evidence for natural gold solubility in the near-surface environment. Harry was a true pioneer in the field of applied geochemistry and I consider it a great privilege to have known him.

Harry was a Fellow of the Royal Society of Canada, the Geological Society of America, and the Geochemical Society. He was a member of the Order of Canada and the British Columbia Sports Hall of Fame and received an Honorary Doctorate of Science from UBC in 1978. He was a founding member of the Association of Exploration Geochemists (now the Association of Applied Geochemists) and long time member of the association from 1970 to 1995. He made outstanding contributions as a scholar, a prospector, an athlete, and a citizen.